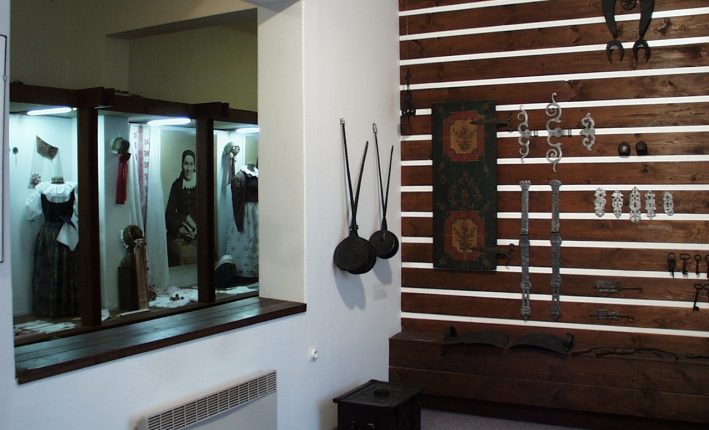 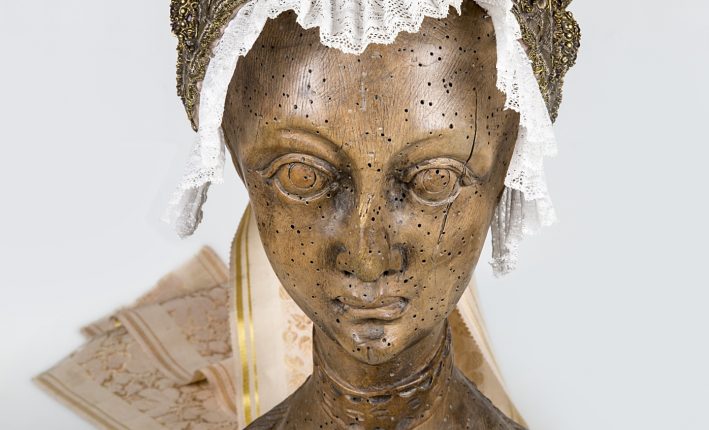 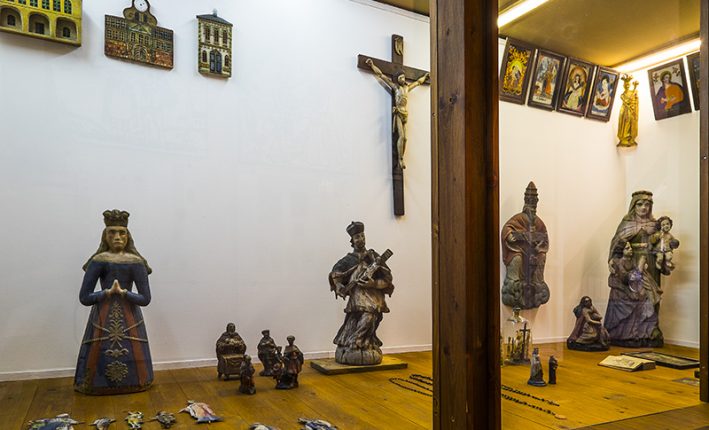 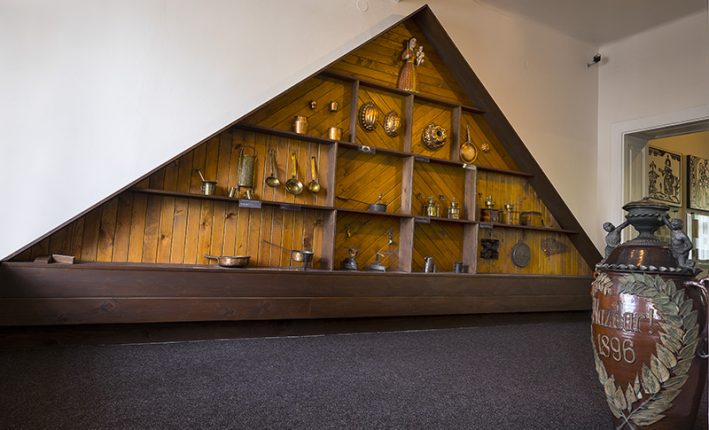 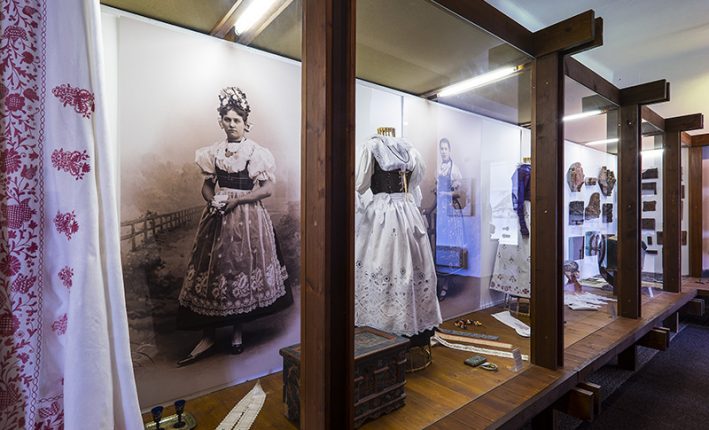 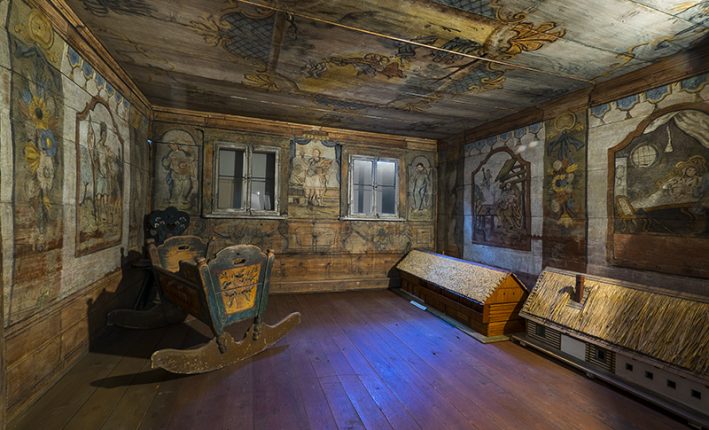 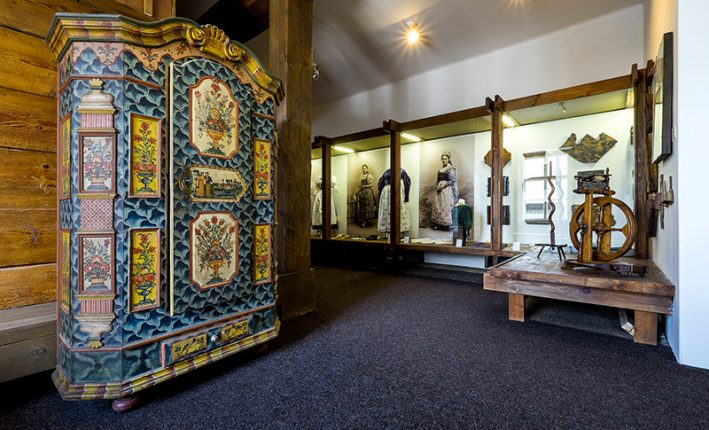 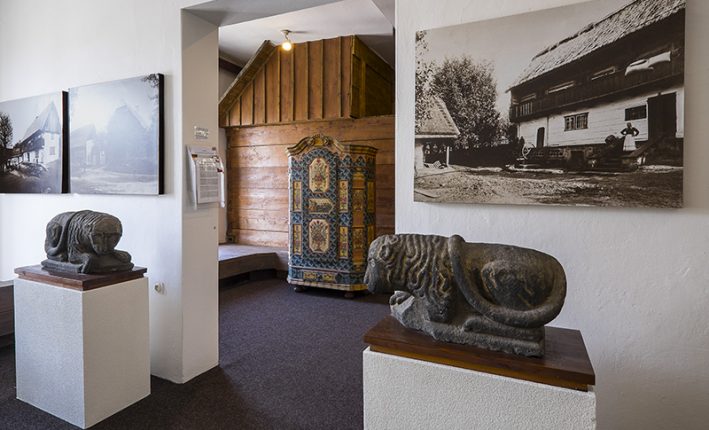 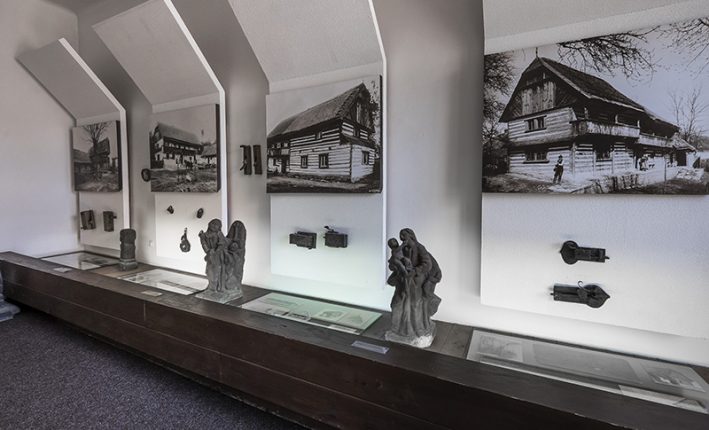 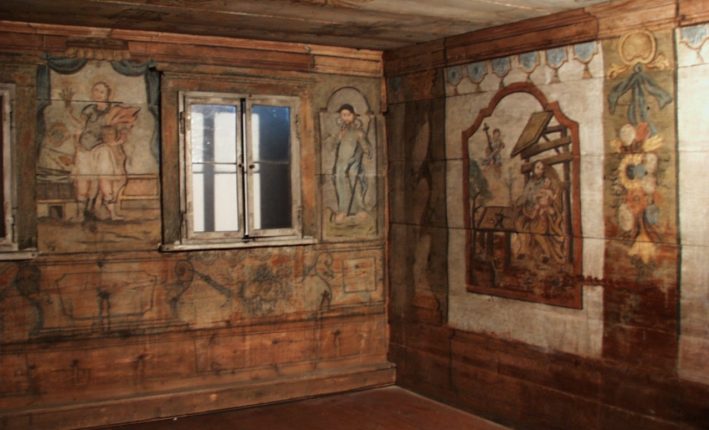 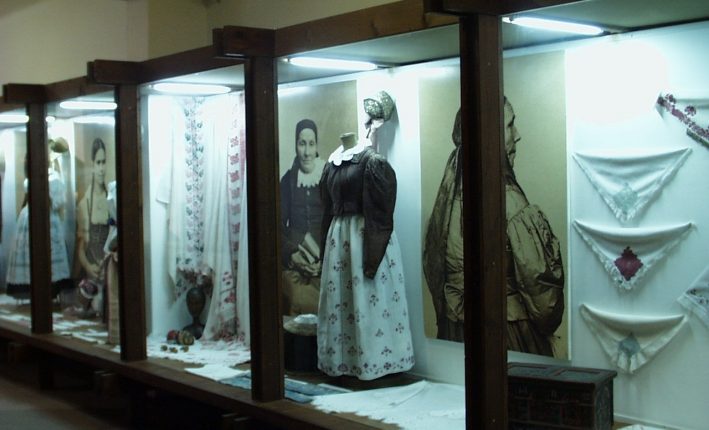 The exhibits from Turnov and its vicinity which were collected for the Czechoslavic Ethnographic exhibition in Prague in 1895 were the basis for the ethnographic collection of the Museum of Bohemian Paradise. Timbered house of Pojizeří and painted furniture belong to the most valuable expressions of our folk culture and that is why we dedicated a permanent exposition to it even though the Dlask’s Farm in Dolánky u Turnova which is a small open-air museum is part of the museum.

Women’s Turnov folk costume belongs to the version spread throughout the northeastern Bohemia but the grain embroidery on the festive version of the costume is exceptional. Also bonnets embroidered with gold and silver passing supplemented with garnets or glass composition are singular.

Gingerbread making belongs to the oldest craft productions in our region. Reference to the gingerbread sales in Turnov in 1335 is the first in Bohemia. Other crafts which prospered In Turnov were pottery and smithery. The smiths founded a guild in 1519. In the domain of regional spiritual culture it is the woodcarvers and stonecutters who we need to mention. They made not only utility items, but also nativity scenes, puppets and statues of saints which nicely complete the landscape of the Bohemian Paradise.

The exposition displays common reverse glass paintings and illustrated prints of prayers or cantastorias from the first half of the 19th century. A completely unique exhibit from the domain of folk belief is a painted room with figural scenes from the end of the 18th century which was transported into the museum in 1940 from winery in Malá Skála.