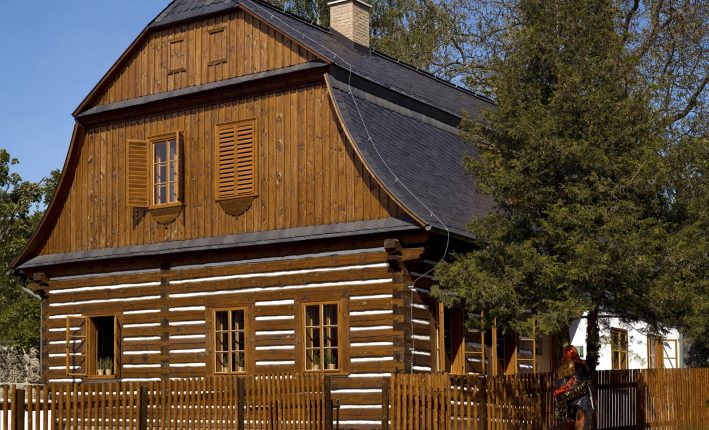 This object is a copy of the house No. 19 from the beginning of the 19th century which, until April 1973, had stood in Turnov on the corner of nowadays Havlíček Square and the 28.října Street. In the 1960s, it was the last Turnov building representing a timber town house. The enclosure wall was combined with stone with covered veranda and garret baroque roof, originally covered with thatch. In 2010 the attempts of the Museum of the Bohemian Paradise have eventually reached their longed-for aim to enforce the building of a replica of this vanished monument. The realisation of this project meant the origin of the so called ‘living’ house that offers the display of traditional crafts – goldsmith’s and jewellery making that have a long tradition in the region. The exhibition of the so called Gem cutter’s house clarifies the history of relationships between the towns of Turnov and Idar -Oberstein, using the materials of the museum funds, both Czech and German archives and the private collection of Mr Dietr Jerusalem from Idar -Oberstein.