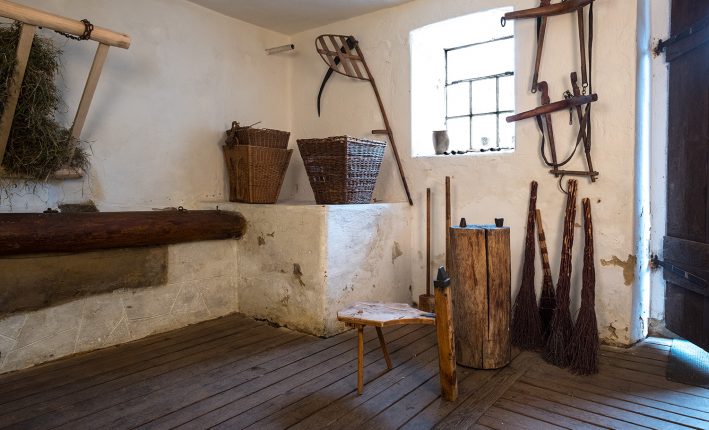 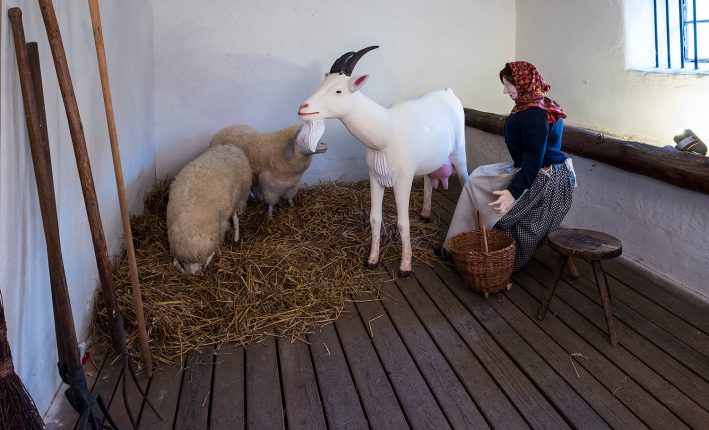 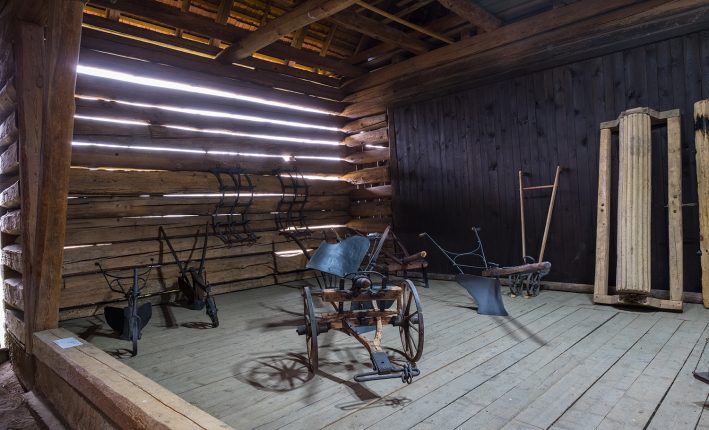 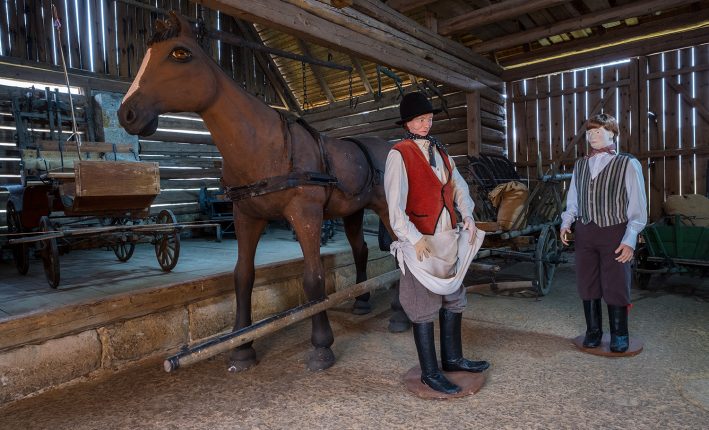 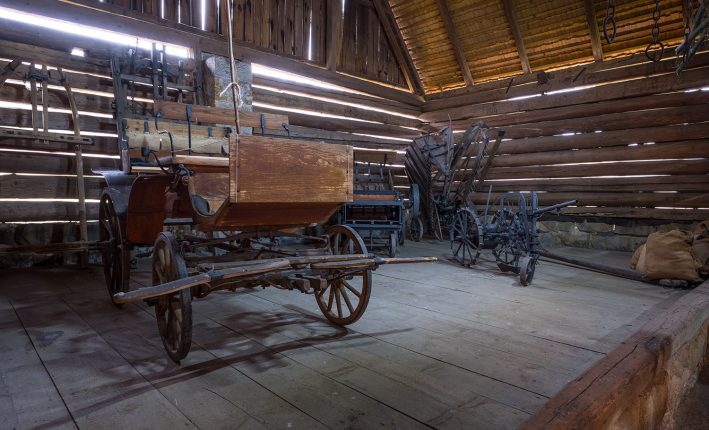 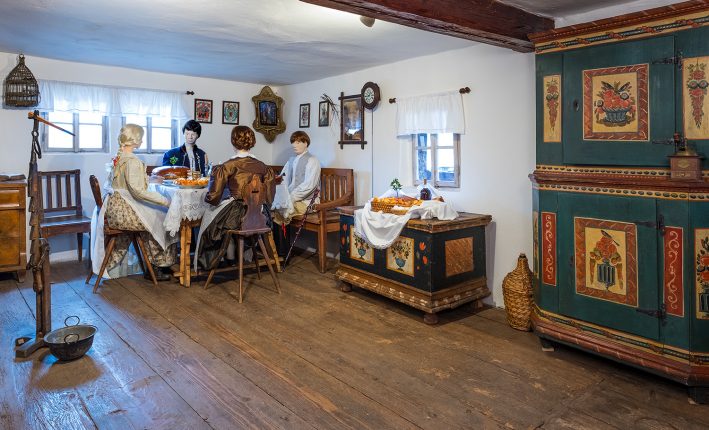 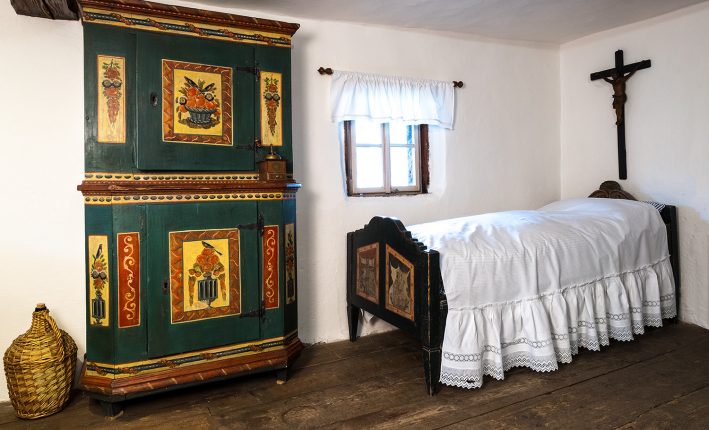 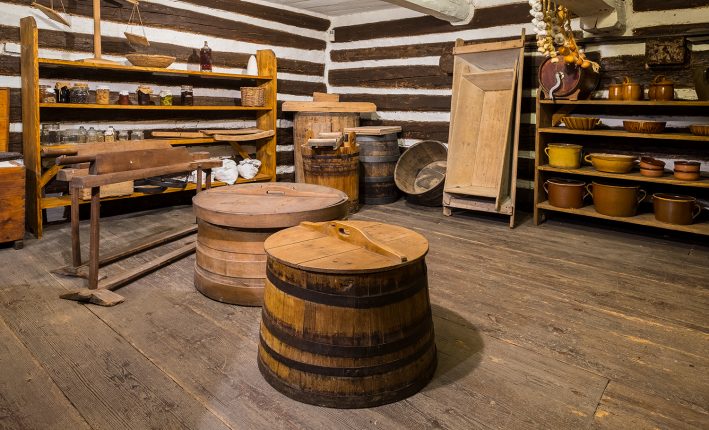 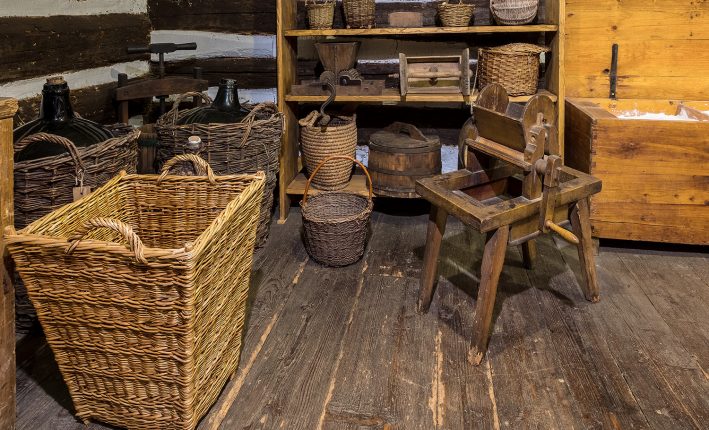 Three kilometres away from Turnov (direction to Železný Brod – E65 road, train station Turnov-Dolánky) is located  The Dlaskův statek Farm – a typical and rarely preserved specimen of the Jizera region house form. The originally freeholder’s homestead and magistrate’s house was constructed in the picturesque valley of the Jizera river in 1716. Since its origin, the building has gone through numerous construction alterations, the largest ones were performed in 1794 and 1841. The farm consist of an independent urbanistic unit surrounded with beam rampart with two gates, the upper one, made of masonry and with a small wooden belfry, was constructed in 1794 and the lower one was made of wood. The residential part with adjoining agricultural premises is a one-storey timbered building. The cowsheds and stables, made of stone, were built in the same year as the upper gate.

The original lay-out of the house was extended in 1789 with a timbered room on the first floor which was turned into a ″granny flat″ in 1842. The richly folded gable and courtyard gallery with cut columns complement the construction unit. The timbered barn is the building that has been preserved from the original buildings in the courtyard. There is also the statue of Virgin Mary from the year 1784 and one-storey timbered granary which was relocated from Malý Rohozec in the 60s of the last century.

Opening hours fot the Christmas holidays 2020 – Museum of The Czech Paradise and Dlask Farm in Dolánky: