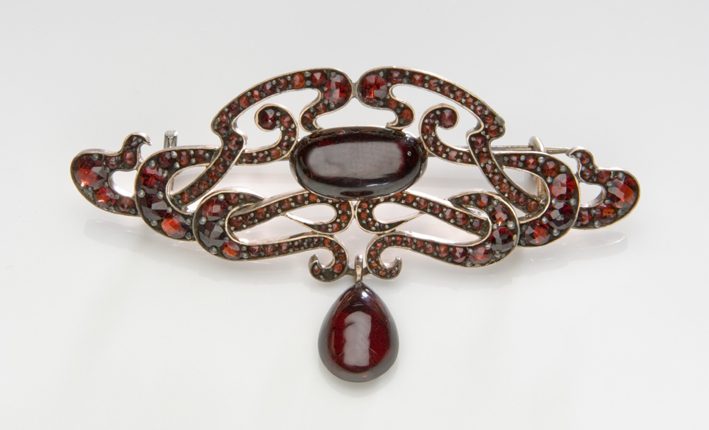 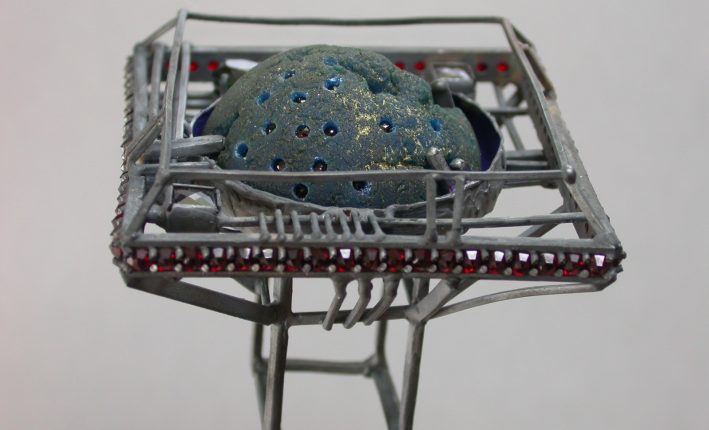 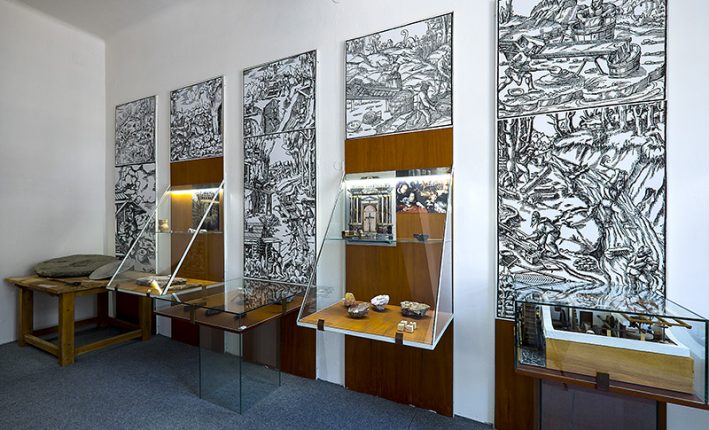 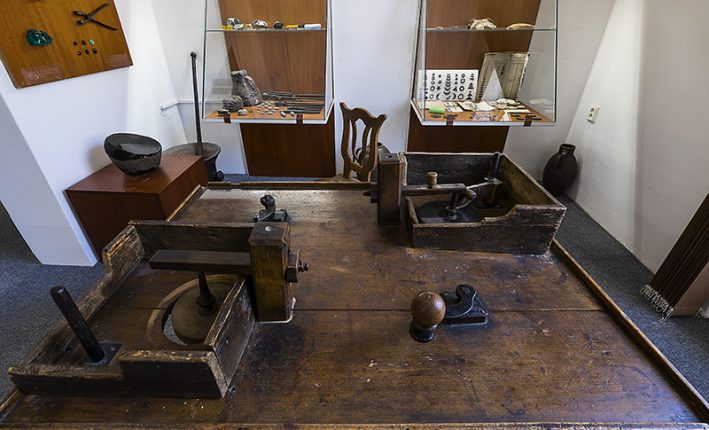 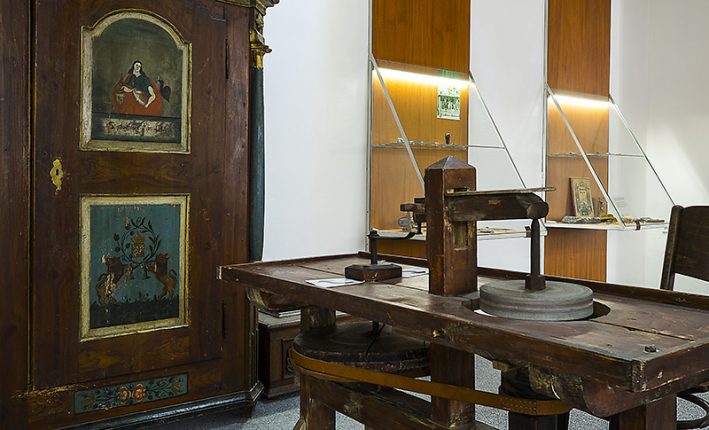 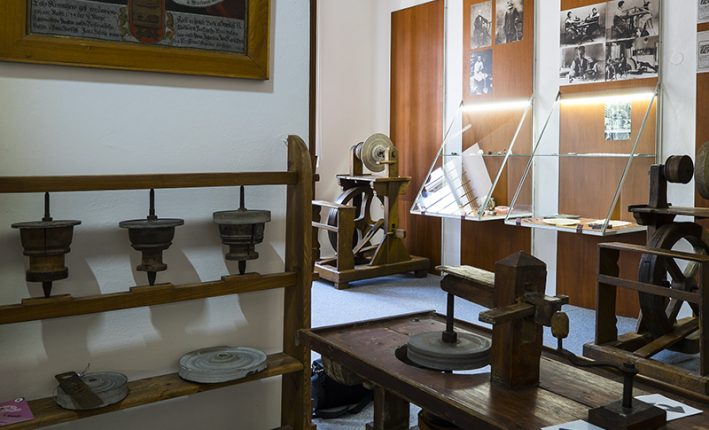 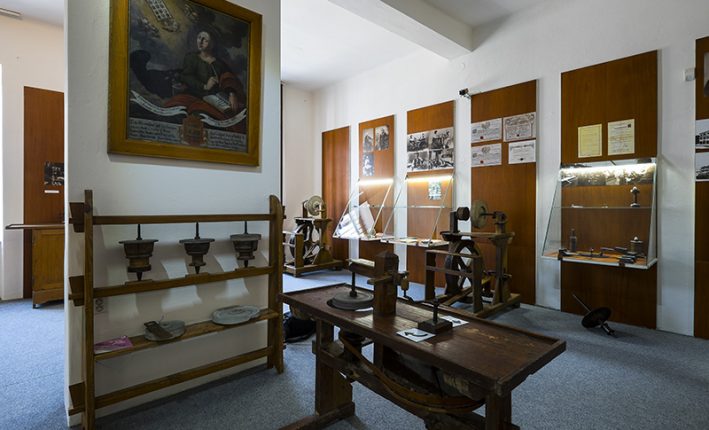 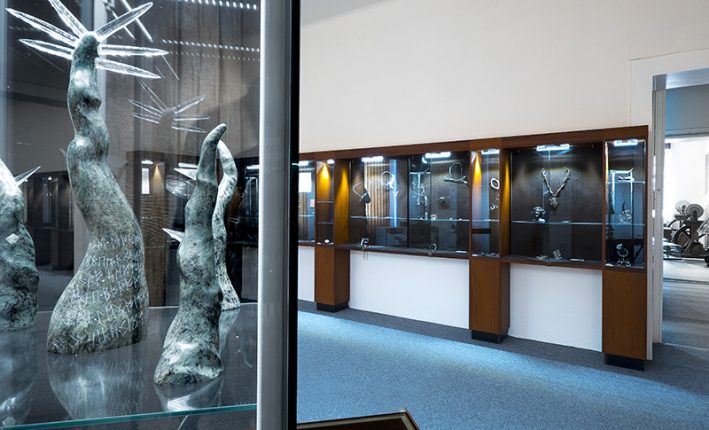 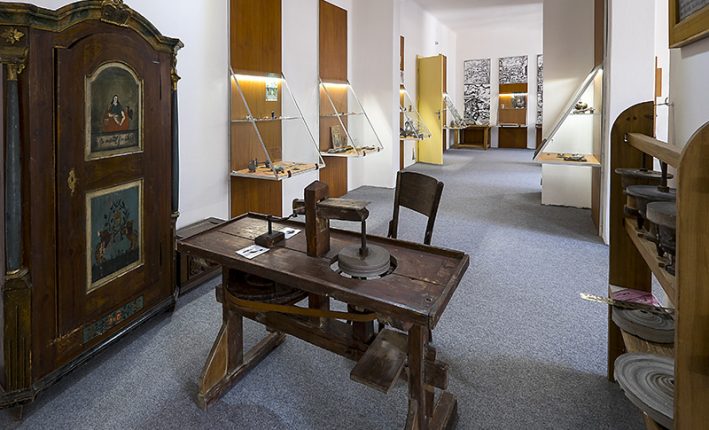 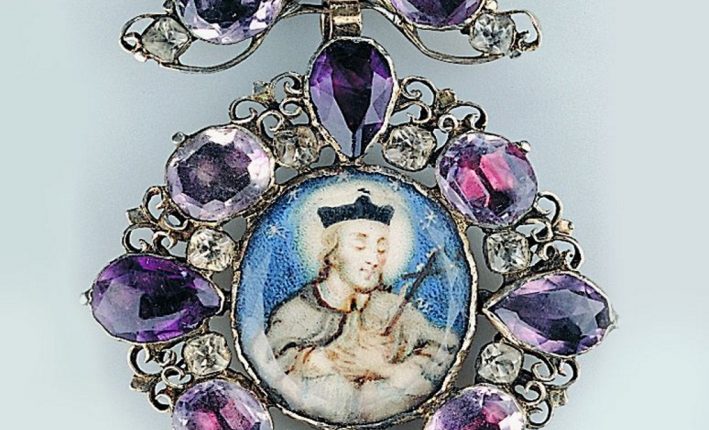 The archaeological exposition deals with the oldest local jasper processing records. The department of gem cutting in Turnov is devoted to modern gem cutting and grinding development and local jewelry making. After the reign of Charles IV and Rudolf II who paid close attention to use of domestic precious stones and metals we move on to prospectors and gem cutters in Turnov who associated to a guild in 1715.

Raw gemstones were brought to Turnov from all over the known world. From here they travelled to goldsmith’s workrooms in Europe as cut jewel stones. Since the beginning of the 18th century the economically important production of gemstone imitations made of composition glass had been developing. After moving the glassworks to Jizera Mountains in 19th century, the composition glass became the basis for Jablonec jewelry industry and in Turnov this loss was compensated with Czech garnet grinding. This extremely popular national gemstone which was favored by both imperial courts and Czech countryside is displayed in showcases with historical jewelry development from classicism and Biedermeier style to first half of 20th century. All exhibits are unique jewelry items including a replica of the cross with garnets and moldavites for Pope John Paul II.

Another important milestone in Turnov gem cutting history was a foundation of Vocational School for Cutting and Setting the Gemstones in 1884. The school was crucial to the development of not only the garnet jewelry but also gem carving or in other words: glyptic. It trained generations of artisans and artists and brought technological and artistic progress into the region. Our exposition contains all of its current departments including the restoration of precious stones and metals branch of study. The school exposition is followed up with a unique collection of modern jewelry made during international symposia which have been held in Turnov since 1984. The exhibits of prominent Czech and world jewelers combine regional tradition and modern artistic trends.

The present commercial gem cutting and jewelry industry is represented at the end of the exposition by prominent producers such as The Granát Turnov, cooperative for the art production or producers who use the unique qualities of synthetic gemstones in the technologies of the 21st century.