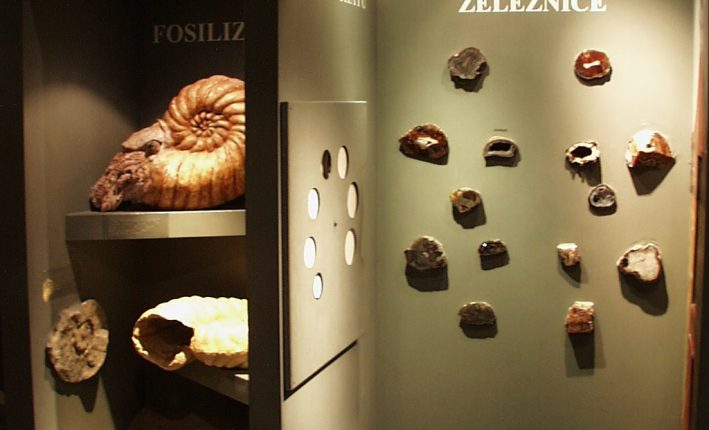 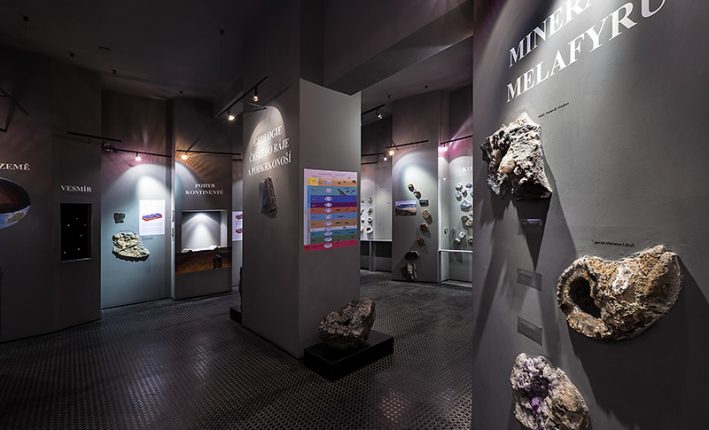 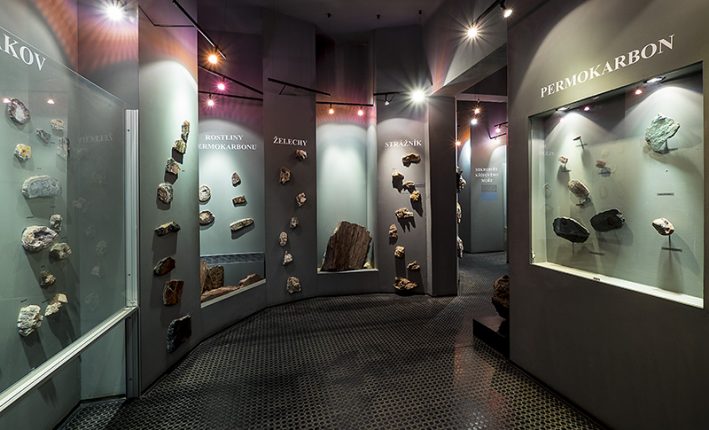 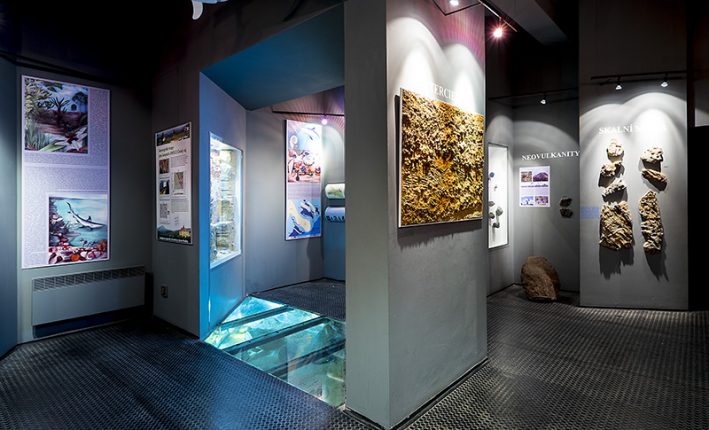 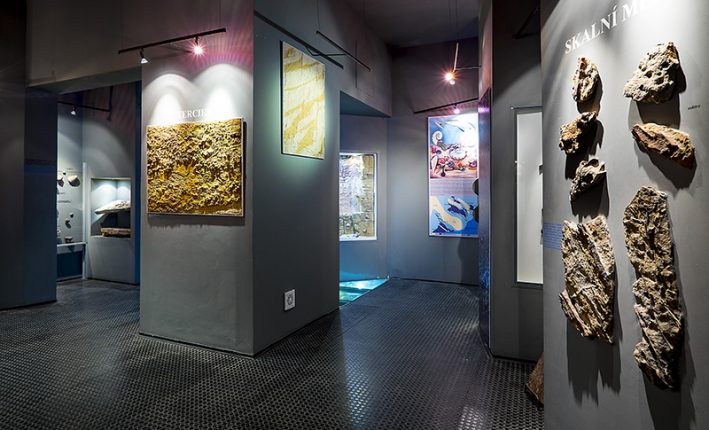 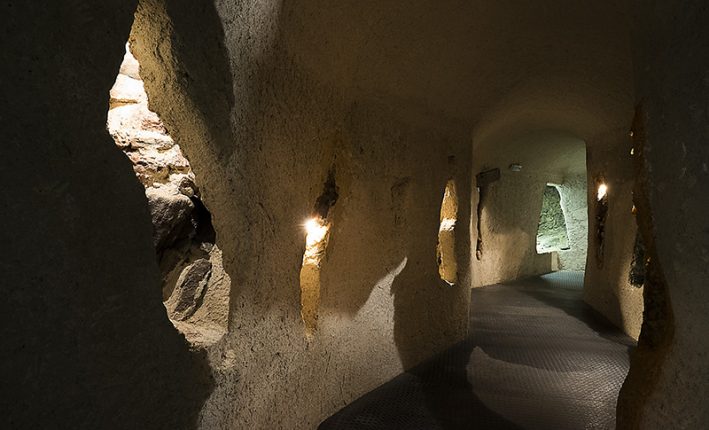 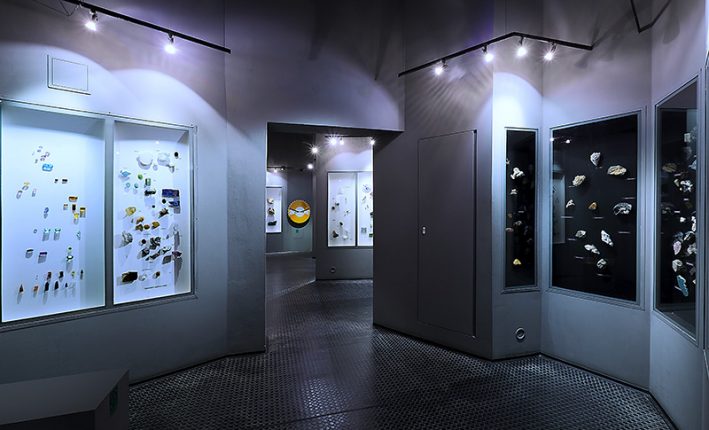 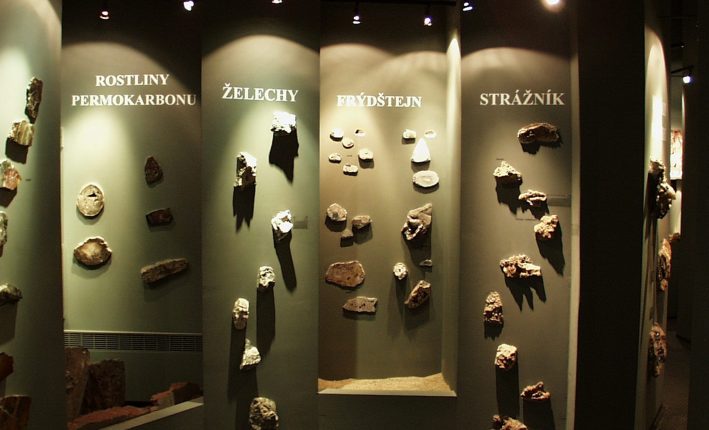 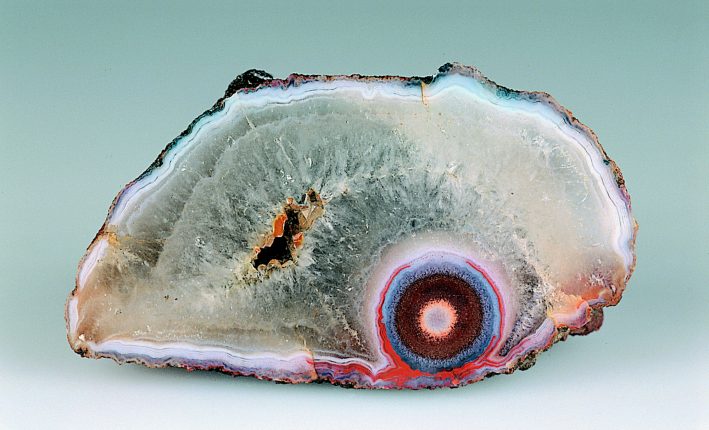 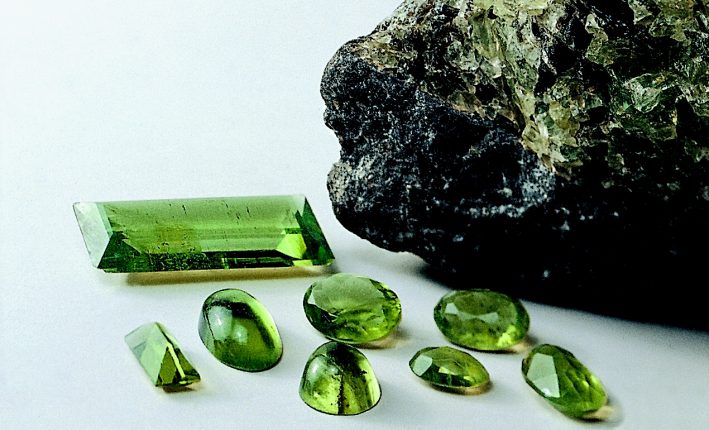 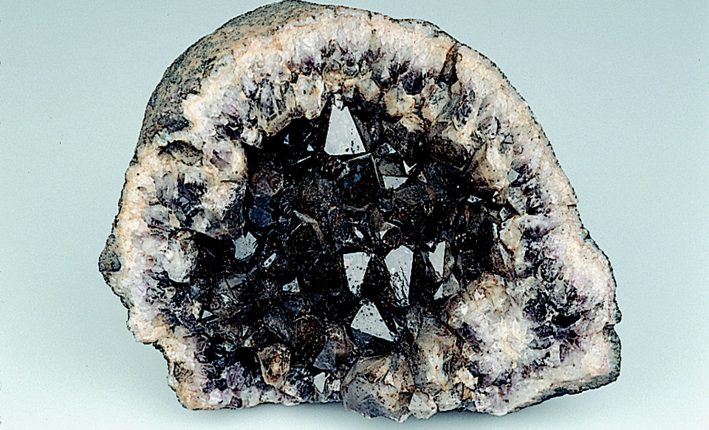 THE EXPOSITION IS CLOSED BECAUSE OF RECONSTRUCTION. Reopening in february 2020. We are sorry and thanks for understanding.

Geological, paleontological and mineralogical exposition is the opening section of the Museum of Bohemian Paradise. It explains individual processes which occur both on Earth’s surface and in the core and how the planet functions.

The first part of the exposition is devoted to folding and the oldest volcanic activity in the Bohemian Paradise. It displays minerals from Kozákov, including different forms of quartz (e.g. crystal, amethyst and smoky quartz), and decorative rocks (e.g. Jasper from Kozákov). Equally well-known rocks are agates from Kozákov, Doubravice, Železnice and Frýdštejn. Two of the extraordinary exhibits are pectolite from Kozákov and star quartz from Strážník. Also imprints of amphibians and fossil fish preserved in sandstone from the late Paleozoic are remarkable items.

Another part of exposition focuses on action of water in the seas, lakes, rivers and also underground. Introductory model explains the process of fossilization in which fossils of plants and animals are created. The sea is an inexhaustible resource of microorganisms whose miniature hard shells form mountain ranges in the course of geological eras. The existence of the Cretaceous sea in the area of today’s Turnov is proven by fossilized ammonite shells, oysters, crayfish claws and other fossils from the Cretaceous period.

Thanks to the Cretaceous sea the Bohemian Paradise gained another landscape phenomenon which became a characteristic feature of this area – sandstone. Bozkov dolomite caves stand as a classic example of karst development.

The landscape of the Bohemian Paradise was considerably shaped by the late volcanic activity which we demonstrate on the forming of volcanic formations such as world-famous Trosky and Zebín.

The mining gallery displays the mining of precious stones and leads the visitors into the second part of the exposition with precious stones from Australia, Africa, Asia, America and Europe.

At the end of the exposition there is a visual mineralogical system with demonstration of mineral and crystal properties. The exhibits are not hidden behind glass and are intended to be touchable. They also have descriptions in Braille for our visitors with visual impairment.